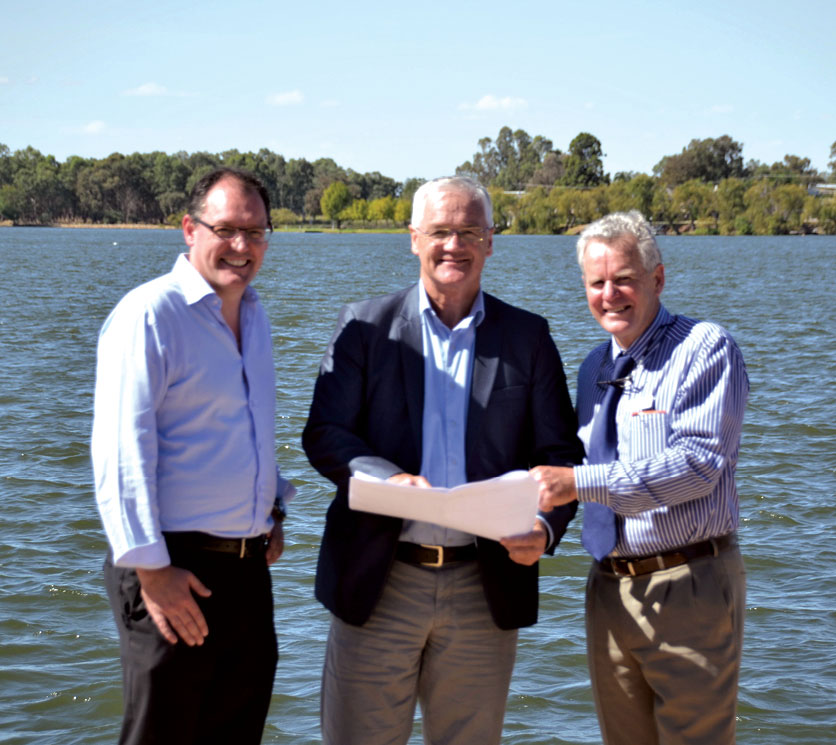 Silverwoods and the Sebel Yarrawonga in partnership with Moira Shire are thrilled to announce their successful grant
application to create the Yarrawonga Tourism Trail.

Funding for a unique tourism trail between Yarrawonga and the new Silverwoods Sebel development has been described as a “game changer” by Federal Member for Murray, Damian Drum. Mr Drum announced $2.7 million in funding for the $5.4 million project last week as part of the Australian Government’s Regional Jobs and Investment Packages (RJIP). The funding will assist in filling two critical gaps that exist in the 5km Yarrawonga Tourism Trail from the current main traffic bridge on the foreshore to Silverwoods’ new $35 million The Point development. Works will include the development of shared pathways, a boardwalk, jetties, retaining wall and viewing platforms
as well as landscaping. Once complete, this tourism trail will provide safe, off road passage offering picturesque and uninterrupted views across Lake Mulwala for the thousands of tourists who visit the region each year.

This exciting project will complement The Sebel Yarrawonga’s 4.5 star international boutique hotel and serviced apartment precinct and will become a vital part of the overall Yarrawonga Foreshore project. With tremendous support from Moira Shire Council and now the Federal Government, Lotus Living will continue to invest in the development of Silverwoods Golf and Lifestyle Resort which in turn supports the continued economic development of Yarrawonga as not only along the Murray’s but one of Australia’s

PROVIDED BY YARRAWONGA CHRONICLE AND WRITTEN BY JARED LOUGHLAN