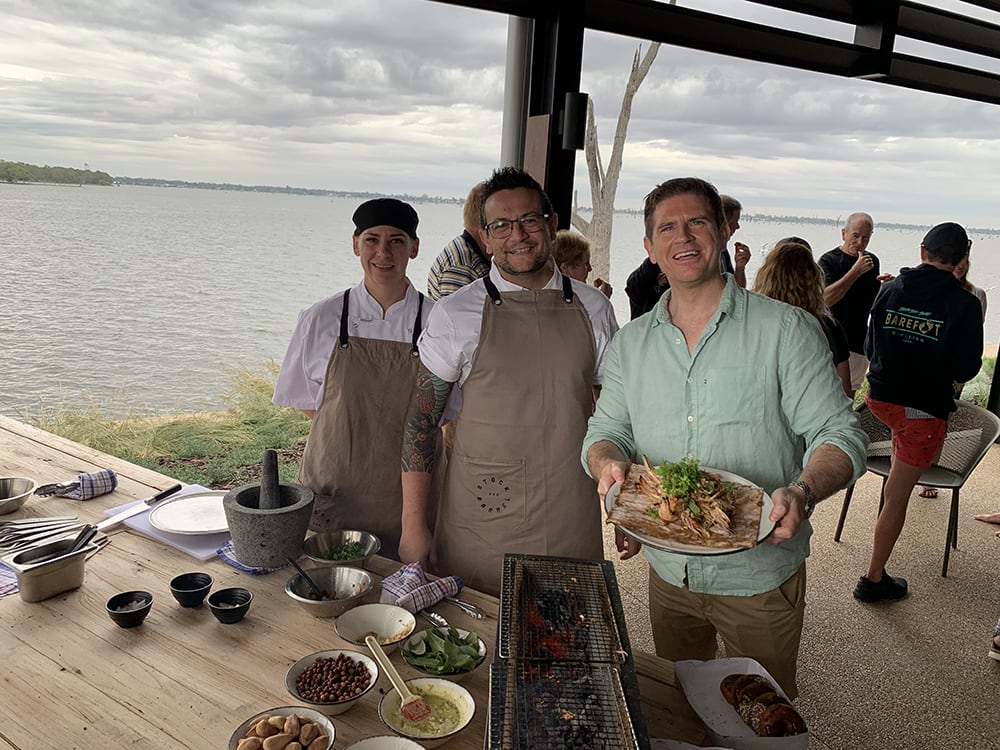 The entire weather (seven segments each lasting two to three minutes) was telecast from The Sebel Yarrawonga and was compiled in conjunction with tourist promotor Visit Victoria, promoting Silverwoods, Sebel and Black Bull throughout Australia.

Weatherman Sam Mac presented the day’s forecast from the lakes edge, with The Sebel highlighted by its General Manager Rebecca Russell which included references to The Sebel’s infinity pool, restaurants and day spa facilities.

Lake Mulwala surrounds the popular and fast-growing Silverwoods estate and champion barefooter Pete O’Neill and Corey Beggs displayed their skills on the water, as did the brilliant Malibu boats.

Among other local stars was popular musician Dane Runnal’s who sang perfectly apt songs for the border reopening including “I want to break free” by Queen as well as highlighting the fact that The Sebel Yarraonwga have created a Spotify playlist you can hear while driving up to a beautiful part of the world in Yarrawonga.