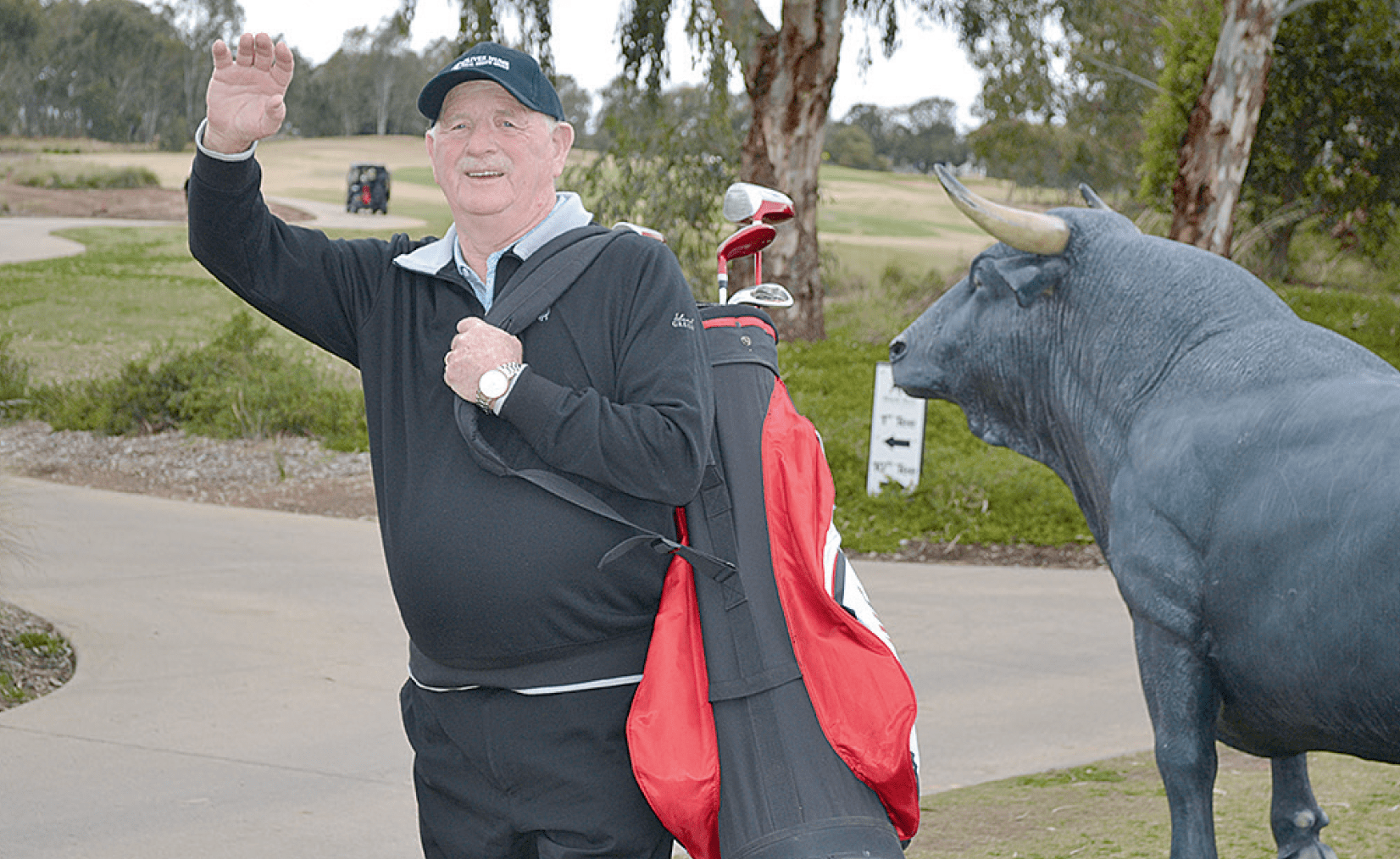 We can’t thank Tom enough for everything that he has done with us at Silverwoods and for Lotus Living these past 9 years. Thirteen years ago, Tom Crozier was called out of retirement, one Saturday morning, to help out with sales of land at Silverwoods, just for that one day. Today, the Yarrawonga identity formally […]

We can’t thank Tom enough for everything that he has done with us at Silverwoods and for Lotus Living these past 9 years.

Thirteen years ago, Tom Crozier was called out of retirement, one Saturday morning, to help out with sales of land at Silverwoods, just for that one day.

Today, the Yarrawonga identity formally retires from his Silverwoods Estate Manager land selling job, after achieving plenty and deriving a lot of satisfaction.

His first four years were with developer Ralph Robinson, the last nine with Lotus Living.

“Of the original 950 lots, at this point about 700 lots have been sold,” the 77-yearold told the Yarrawonga Chronicle.

“The last four years have been excellent, having gone from 290 to 400 blocks sold.

Buyers are mainly Melbournites or locals, but there’s been strong interest and/or buyers from all states of Australia.

It’s been our busiest period.

“We have about 400 houses either built or under construction. I think we’ll have the remaining lots sold in the next two to three years.”

“It’s the jewel in the crown as far as residential goes,” Tom said.

Helping people, especially young first-house hunters or buyers, rates as a highlight for Tom, making sure they understand, encouraging, advising and assisting purchasers work towards fulfilling their dream of owning a home.

Tom has been through the tough times with the global financial crisis a decade ago and has subsequently produced excellent land sales figures.

After holidaying and playing golf for years in Yarrawonga Mulwala, Tom moved to Yarrawonga in 2000.

With experience in building and retail, he had acquired an appropriate background for his latest job.

In Melbourne, he was a builder; on the Gold Coast, he was a jewellery businessman.

The retiring estate manager has enjoyed all working relationships, including those with purchasers, Oliver Hume, Lotus Living and the McCully family who run the golf course, describing Lotus, the McCully family and his direct employer Oliver Hume as “absolutely fantastic” with whom to work.

Black Bull Golf Course director James Mc- Cully repaid the compliments, describing Tom as “brilliant who has achieved so much with his caring character and knowledge”.

“A massive thanks from all the team at Lotus Living, developer of Silverwoods, Black Bull Golf Course and The Sebel Yarrawonga and Oliver Hume. Lotus Living is very grateful and thankful for all of Tom’s incredible achievements, efforts, tremendous hard work, dedication and commitment with Silverwoods over many years,” Office and Public Relations Manager Nicole Mutimer said.

“Tom has been an integral part of Silverwoods and the team as we have continued to deliver many significant milestones over the years developing Silverwoods. We wish him all the very best in this next stage of his life. He so deserves it. Thank you so much again Tom.”

For Tom now, he wants to “take a break and smell the roses”.

One thing is for sure, the now 17 golf-handicapper, who got his handicap to nine yesteryear “for one round” will be playing more golf and spending more time with his children, grandchildren and great grandchildren who live from Bendigo to Healesville. 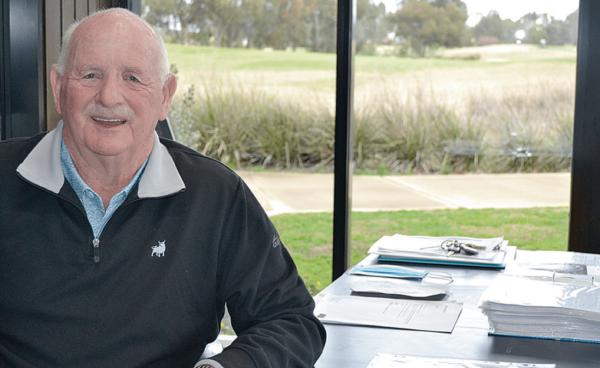