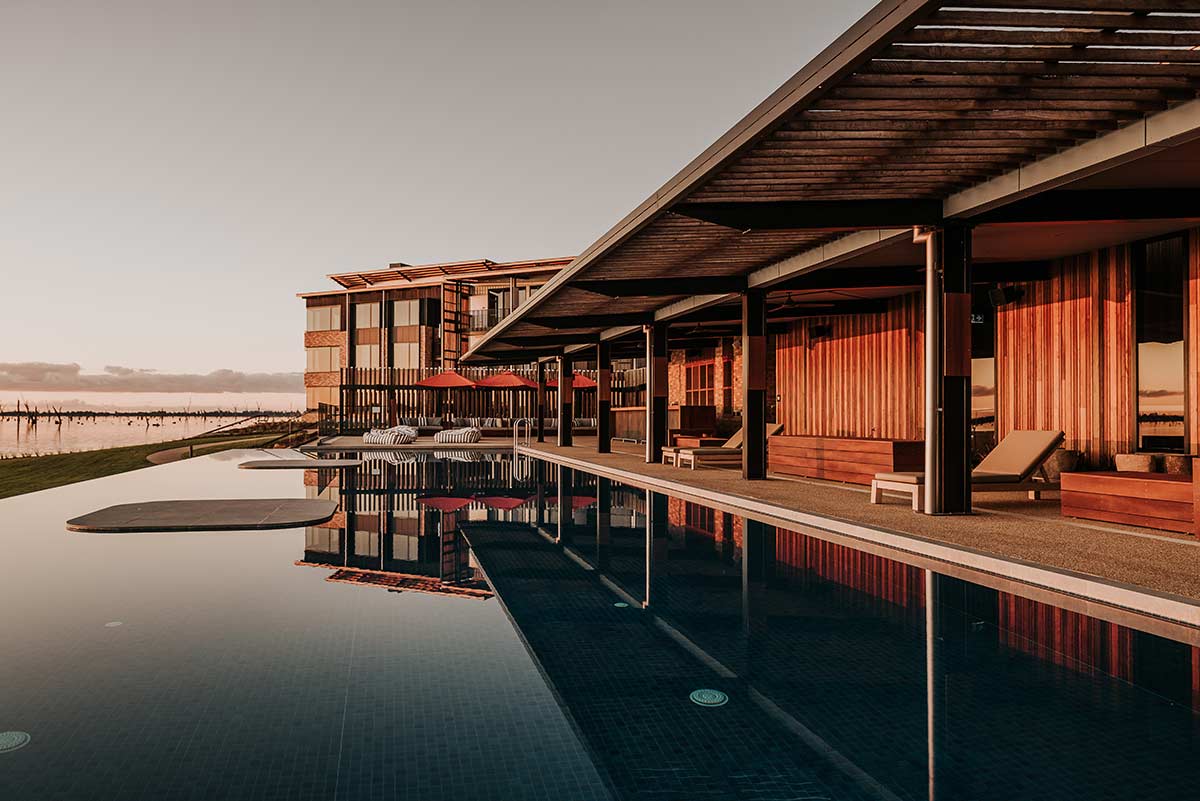 The highly anticipated The Sebel Yarrawonga which will generate over 60 jobs as well as an expected fl ow on employment of 500 across the region, is set to open its doors to customers and guests at the start of November.

The multi-million-dollar development will set a new benchmark in accommodation, dining, conference and events facilities for the Murray River region and will be open to the public on November 1.

The Sebel Yarrawonga, will offer 63 stylishly appointed studios rooms and apartments, with a further 54 rooms expected in stage two of the development later in 2022/2023.

“We can’t wait to welcome our fi rst customers and guests through to experience The Sebel Yarrawonga – it has been a challenging year but we are fi nally ready to see the hotel buzzing with locals and regional travellers as well as eventually, guests from Melbourne and interstate,” Ms Russell said.

“The restrictions have made it a little more diffi cult to recruit the team at the moment.

“Initially, customers and guests can enjoy gatherings at Stock & Barrel and the Sunset Bar until Elizabeth’s is open for business.

“We will, of course, be compliant to any restrictions in place for the safety of guests and staff.”

Overlooking Lake Mulwala, on the Murray River, The Sebel Yarrawonga will bring a new prestige level of accommodation and venues for weddings, meetings and events.

The Sebel is situated next to Black Bull 18-hole Championship Golf Course which is highly regarded as the number one golf course on the Murray and is ranked 68 in the top 100 courses in Australia by Golfers Digest.

It was also the last golf course designed and completed by the late Peter Thomson, one of Australia’s most revered golfi ng legends.

In 2013, Lotus Living acquired the Golf and Lifestyle Resort as well as Black Bull Golf Course, setting about making Silverwoods the region’s most prestigious golf, marina and residential destination for locals and visitors alike, set across 400 acres of prime waterfront land located in the Murray River region and right on the edge of Lake Mulwala.

“Our investment in the region refl ects our continued confi dence in Yarrawonga and the north east region as a premiere tourism destination and we look forward to unveiling The Sebel Yarrawonga as the next phase in the Silverwoods development,” Lotus Living General Manager, Daniel Smith said.

Mr Smith said the complex is estimated to provide an injection of over 96,000 visitors per annum and around $14 million to the Murray region’s visitor economy once it is fully operational.