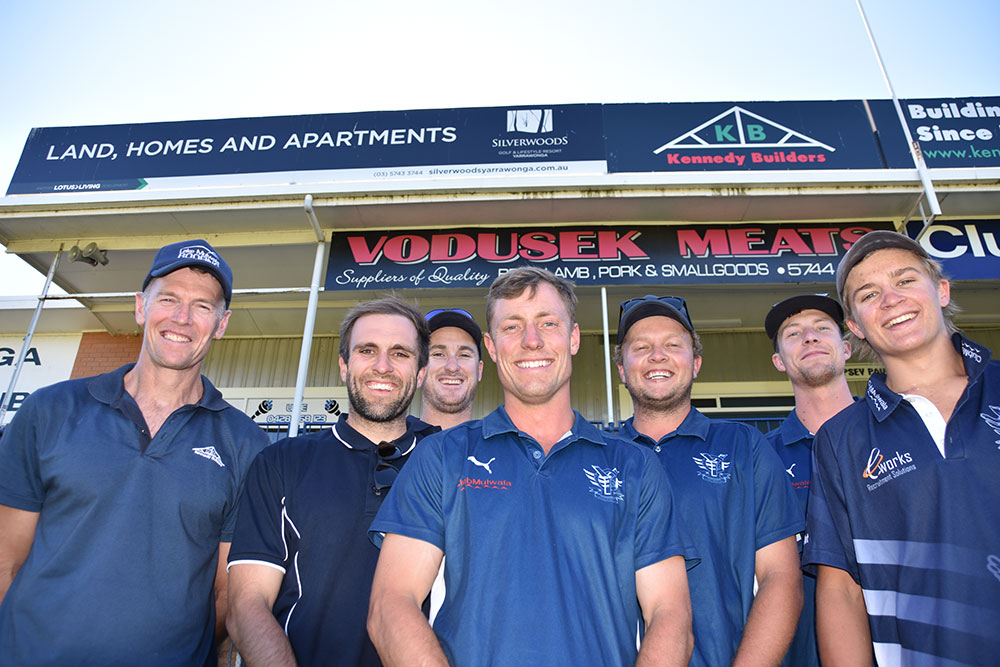 The Silverwoods Golf and Lifestyle Resort sponsorship of the Yarrawonga Football Netball Club and a unique referral program has delivered great success for the club.

For every sale of land or house and land package at Silverwoods or an apartment at The Sebel Yarrawonga (at the point of successful settlement) Silverwoods donates a further $500 back to the club. To add further value Kennedy Builders, who have strong foundations and involvement with the club, have stepped in to help those purchasers generated by the Silverwoods referral program by helping club members build their homes or investments with great deals within the development.

The Yarrawonga Football Netball Club (YFNC) boasts a proud history within the community and with its sponsors and the club’s recent tagline; “It’s more than a game” reflects this. President of YFNC Scott Jacques said; “this referral program sums this right up, it is more than a game, we all want to look after our special club, players and wider community, everyone benefits here”.

Kennedy Builders’ Chris Kennedy said; “We could not be more delighted to support all players and their future”. “Our entire motto has been moulded around giving back to the people and the community. The Yarrawonga Football Netball Club we all love gets more funds to continue to grow and we offer great deals on our stunning homes within Silverwoods to look after our players”.

Kennedy Builders was established in 1974 by Wayne and Kae Kennedy in Mulwala, New South Wales. Over 40 years and hundreds of satisfied customers later, they are still a proud family owned local company based in Mulwala. With sons Andrew, Chris and Damien now at the helm, they go from strength to strength as a company and this is also reflected in the beautiful finished homes they deliver.

Although heavily involved with the YFNC Kennedy Builders also hold high importance on their involvement in local schools, local council and sporting clubs. They have members on the board of a local primary school and even a local councillor (Andrew) in their ranks. This also extends into having current and former senior football and netball coaches, junior football and netball coaches, cricket coaches and captains as well as board members and behind the scenes volunteers of local sporting clubs across the community. “We are also very proud of our relationship with the club and Silverwoods. We believe this speaks volumes about the impact to the community involvement we have as a whole,” Chris said. “The Yarrawonga Football Netball Club, Kennedy Builders and Silverwoods is a wonderful partnership. This is a win, win, win for all.”