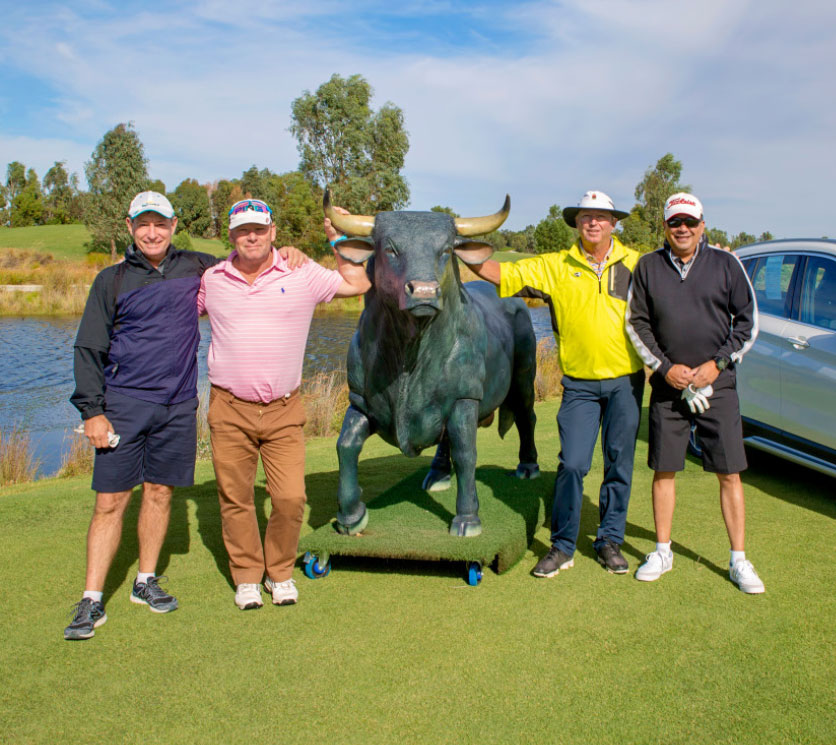 The 2018 Shepparton Victorian Seniors Open co-hosted between Yarrawonga Mulwala Golf Club Resort and Black Bull Golf Club, has once again attracted a star studded field from all over Australia with defending champion Peter Senior, Mike Harwood, Terry Price, Ozzie Moore and many other past champions competing. Black Bull Golf Club hosted the opening night, with a 10 man shoot out held in our in our “Bull Pen” / driving range facility, which resulted in Steve Conran taking home the $1000 prize which was kindly donated by Hadar Homes.

Our major sponsor, Shepparton BMW lead by Dealer Principal Mr Aaron Brain also helped to kick off the 2018 event, with the Australian unveiling of the new X2 vehicle which added more highlights to a great evening.Round one of the Tournament was held at Black Bull, with the toughest conditions for the week testing the best of the players. At the end of round one Brad Burns from QLD lead the Championship with a great round of 70 (-2 under par). Round two was played on the Murray Course at Yarrawonga which saw Terry Price take the tournament lead with a great round of 68 (-4 under).Thursday evening was the Sportsman Dinner with over 270 people in attendance.

The evening was another huge success with Peter Senior, Terry Price and Mike Harwood taking to the stage. The night also acknowledged VFL / AFL Legend Michael Tuck who participated in the week’s event.

The final round took place on Lakes Course at Yarrawonga. This round was witnessed by over two hundred spectators who saw the hottest round of the week by New Zealander Martin Pettigrew shooting an impressive 66 (-6 under), finishing with a two shot win over Richard Blackwell to be the 2018 Shepparton BMW Victorian Senior Open Champion. A big thank you to all players and sponsors for making our event another success.